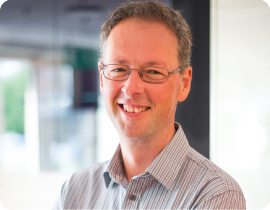 October brought with it some welcome recognition for Kitchen Design Centre – our longest serving employee, designer Will Hustler, was nominated for the Best Regional Kitchen Design at the Neff MasterPartner® Excellence Awards 2013.

Will narrowly missed out on the top prize at the Awards, which were held at Stock restaurant in Manchester on October 8th, but beat almost 300 entrants to be named as one of just three category finalists.

With Kitchen Design Centre previously having taken home the award for Best Use of Advertising and Marketing in 2012, and the coveted Supreme MasterPartner® Award in 2011, the team is thrilled to have received a nomination again this year – particularly when faced with stiff competition from some of the UK’s other leading independent kitchen designers.

Mike Jarrett, Neff’s Independent Kitchen Director, commented on the Awards, saying that they were “an opportunity to acknowledge and celebrate excellence within the independent kitchen sector” – a commendation that Kitchen Design Centre is proud to live up to.

Will Hustler was nominated for his work on a stunning kitchen for our customers Mr and Mrs Hewitt, who came to us looking to transform the kitchen in their striking rural Lancashire home.

As both Mr and Mrs Hewitt are designers by trade, it was vital that they found a kitchen design expert who could help them bring their ideas to life and create a space that balanced elegance with usability.

With two corner doors to contend with, and the possibility of an extension coming into play, the project was a complex one.

Will used his years of experience to draw up a beautiful design that fitted the bill, and incorporated a row of full-length bi-fold doors to help the inside space flow out towards the couple’s garden and the arresting views that had attracted them to the property in the first place.

Mrs Hewitt commented: “Will understood the brief and designed a space that was both functional and had the visual impact we wanted. The whole process has been stress free, delivered on time and, dare I say, to budget!

“We have exactly what we want: a stunning space to be proud of. The quality of the fitting service and the overall customer care has been top class.”

The Hewitts’ kitchen was fitted with Terra Oak Hacker German units, matched with sleek Corian work surfaces and a clean, high-gloss white finish. The design was completed with state-of-the-art appliances from Neff, making it as practical as it is beautiful.

The whole team at Kitchen Design Centre is proud of Will’s continuing commitment to design excellence. And while we’re thrilled to have received a nomination at the Neff MasterPartner® Excellence Awards, our biggest achievement has been adding yet another happy client to our list.

If you’d like to find out how Kitchen Design Centre’s team of talented designers can transform your home, contact us today for a no-obligation personal consultation.